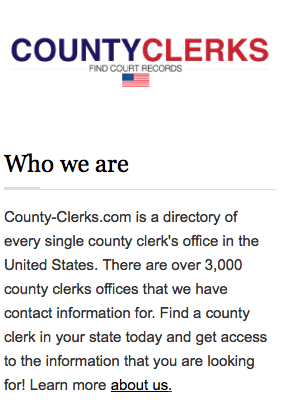 I just received notice about a website that helps people researching their family history/genealogy in the United States. The site is www.county-clerks.com and was recently updated to include the Official contact details for every single county clerk in the USA.
If you were not aware, researchers trying to learn about their family history in the USA need to contact a county clerk if they are in search of any court records as well as marriage, divorce, birth and death records (vital records). County-Clerks.com makes it easier for people to contact the county official they need to find for this research.
There are no other sites like it (vitalrec.com for instance hasn't been updated in years) and it serves as a valuable resource for people looking for archived records. This has the potential to be a valuable resource for US researchers.
Posted by Nancy Trimble at 12:03 PM 0 comments

Mocavo - Free Access to Gold Membership for the Weekend

What better way to top off Mocavo's Back to School Week than with an Open Access to Universal Search weekend? Usually you need to be a Mocavo Gold member to search all of our databases at once, but for this weekend only, you can search more than420,000 databases to your heart's content. Kick start your research today and see who you will discover.
Start Searching Now
Posted by Nancy Trimble at 11:03 AM 0 comments

Email ThisBlogThis!Share to TwitterShare to FacebookShare to Pinterest
Labels: Mocavo

John Alford forwarded a photo of this notice in the Oshawa Express, as it appeared on August 20 - page 19. 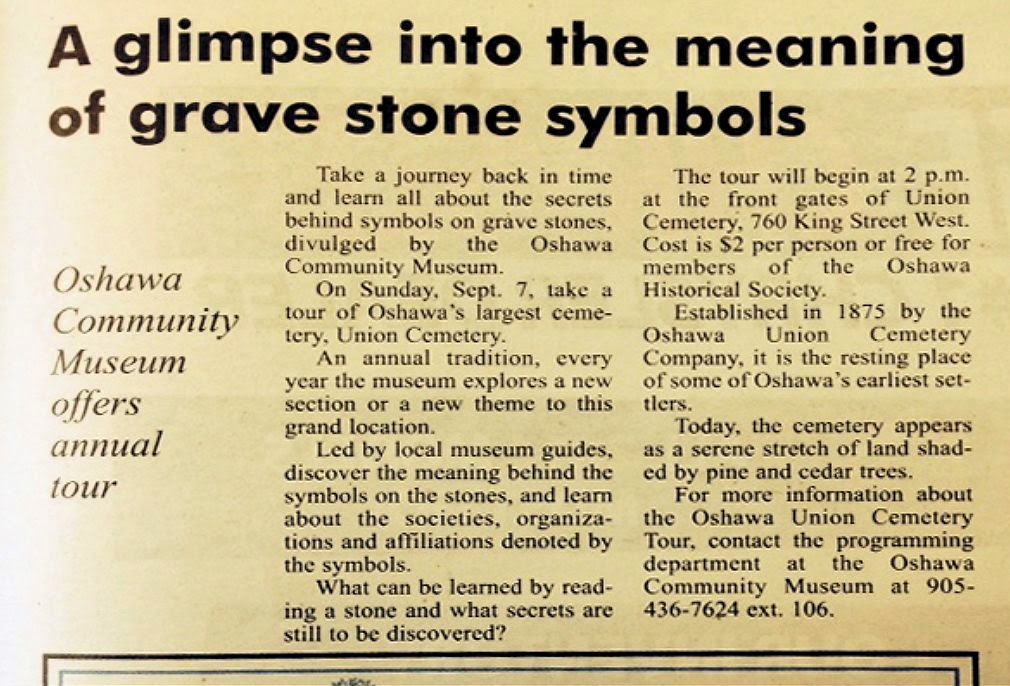 by  Dick Eastman ·  August 17, 2014
Yesterday Dick Eastman in his Online Genealogy Newsletter began a series of reviews of  popular genealogy data base software products.  The first was Legacy Family.
The link follows >>
http://blog.eogn.com/2014/08/17/genealogy-software-review-legacy-family-tree/.
If you are looking to buy genealogy database software this series will inform you and could help you  in making your decision.
It is not clear if all reviews will be in the free standard edition as this first one is.
I think you will find Dick's reviews very frank and worthwhile.  He also included yesterday's readers comments in today's edition.

More than 8 million newspaper pages from 1710-1954 are now available to search at The British Newspaper Archive (www.britishnewspaperarchive.co.uk).

In the last month, the website has started digitising the newspaper archives of eight new titles. These cover England, Scotland and Northern Ireland and include the London Evening Standard, Glasgow’s Daily Record and the Northern Whig.

The first years from the following new titles have been added to The British Newspaper Archive:

You’ll find more information and links to these new additions at http://blog.britishnewspaperarchive.co.uk/2014/08/07/8-new-titles-including-the-london-evening-standard/

The British Newspaper Archive is a partnership project between the British Library and Findmypast. From November 2011 to 2021, up to 40 million pages from historical newspapers across the UK and Ireland (spanning the period 1700 to 1954) will be uploaded to the website www.britishnewspaperarchive.co.uk
The British Library is the national library of the United Kingdom. It provides world class information services to the academic, business, research and scientific communities and offers unparalleled access to the world’s largest and most comprehensive research collection.